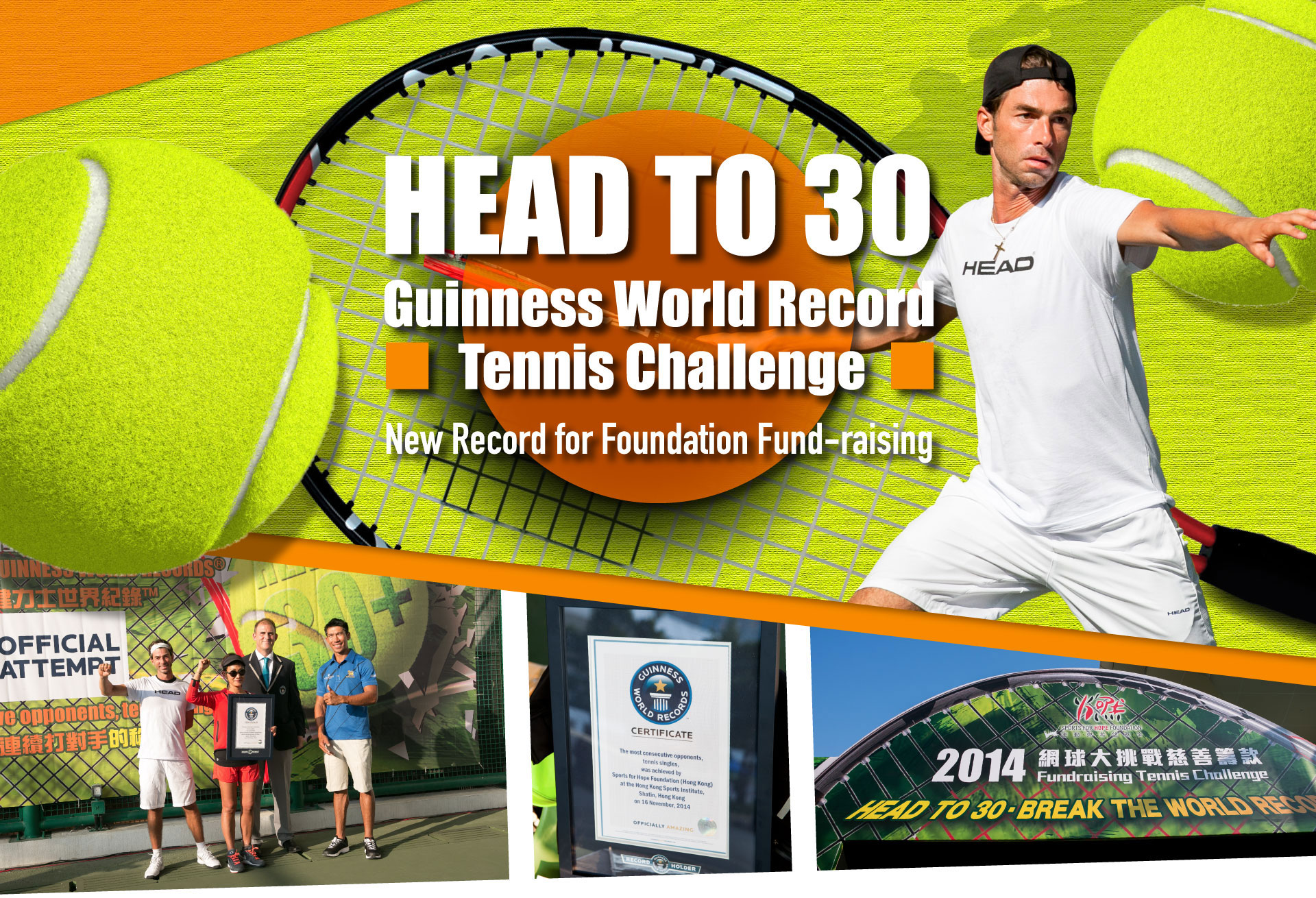 November 15-16, 2014: The Sports For Hope Foundation has set a Guinness World Record for most consecutive tennis singles matches after Jerome Lacorte, the charity’s representative, faced 33 singles opponents over a 32 consecutive hours and 21 minutes at the Hong Kong Sports Institute. 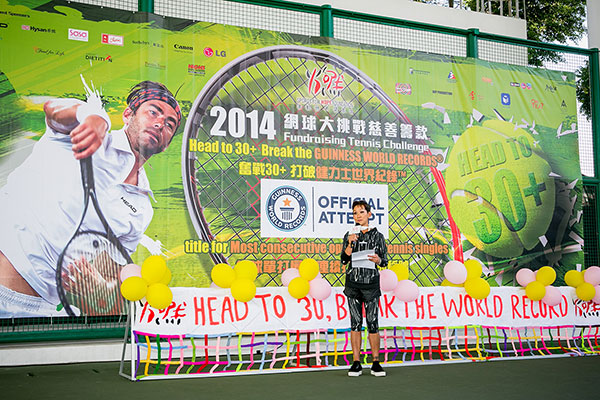 Lacorte began playing at 7.00am on Saturday and completed the challenge at 3.20pm on Sunday.

“It isn’t about the Guinness World Record for me, although I am pleased that we set it, of course,” Lacorte said. “It was about the teamwork and emotional support that I received throughout the build-up and during the challenge.”

“The support I received is something I will never forget. It is an incredible feeling that comes through sport and it is something I am committed to sharing with youth in Hong Kong and worldwide through the Sports For Hope Foundation. “

Marie-Christine Lee, founder of Sports for Hope, said: “After a year of preparation, thousands of hours of practice and over 32 hours of consecutive tennis singles matches later, we have ACHIEVED our goal of setting a new Guinness World Record. Together we have made tennis history, but more importantly we have raised vital awareness and new funds to support the work of the Sports For Hope Foundation.”